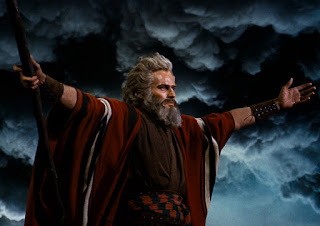 *please note, the "commandments" are really more like guidelines...


Trade back often to acquire more chances to pick.

Everyone is bad at the draft.  In 2015, Hogs Haven analyzed the performance of NFL teams in the draft and found that on average teams are more likely to draft a player who never contributes (23.9%) than one who becomes a regular starter (22.3%).  In this data set, the best general manager had a starter hit rate of 30.4%.  With such long odds of hitting on a productive player, having more picks increases your chances to leave the draft with a productive player (10 * 22.3%) > (7 * 30.4%). Check out the full article here.

Stop drafting Running Backs in Round One.

RBs are situational players (read this).  RB performance is volatile from year to year in large part because RBs have a higher injury risk than other positions and miss more time per injury (click here).  First round RBs have a high bust rate (more links). 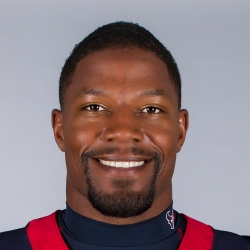 Draft offensive line in Rounds One and Two until the core of the unit is solidified.

Early-round OL have a very high hit rate and if you’re looking for an All-Pro caliber player rounds one and two are where you’re going to find them (see).

Speed kills and overvaluing speed and athleticism is a prime factor in many early round WR busts.  At the WR position, college production profile (market share/dominator rating) is far more important than raw athleticism.  The folks at Rotoviz go into great detail outlining this here.

Zach Whitman wrote a great piece for Rotoworld in which he explored positional draft values.  Here’s what he had to say about WRs:


"It’s apparent that wide receivers are a particularly terrible value pick in the 4th-6th rounds, but tend to produce surplus value in the 2nd, 3rd, and 7th rounds."

Check out the full piece here.  Of course exceptions like Stefon Diggs exists, but for every one Diggs, you get three Aundrae Allisons with a side of Jaymar Johnson.

In the Whitman article referenced above, he highlights round three as the start of a “value” tier for EDGE rushers.  Taking things a step further, Justis Mosqueda’s Force Players methodology should be used to maximize hit rate in this tier.  Read more about Force Players here.

Draft a Quarterback at least every other year.

In the Contenders article published last week, I highlighted that four of the six contenders drafted their current starters while an established veteran or high priced, free agent acquisition was already on the roster.  Lions General Manager Bob Quinn (who was groomed in NE) said the following to the Detroit Free Press in an interview last year:


"I think it's really good football business to acquire a young quarterback every year or every other year."

Quarterback is the most important position in football and is also one of the most difficult to find.  To increase the odds of acquiring a good one, teams should be taking more shots with premium draft capital.

Our man BJ Reidell said all that needs to be said in this piece.

After comparing AV per Year for the 508 DBs drafted from 2007-2016 to Expected AV from Chase Stuart’s draft value chart, I found that DBs drafted in the third round are typically a very poor investment.

If each is available at 48, who you picking?

Defensive Linemen are more valuable than than off-ball Linebackers.  Don’t debate me on this point.  Argue with the NFL.  From Arif’s latest article:

"I also modified those scores for position by adopting the positional premiums implied by the NFL draft over the past 10 years. Based on the average draft capital spent on the top receivers, quarterbacks, guards, etc. we can figure out how the NFL values those positions.
Predictably, quarterbacks lead the list. After that, it’s offensive tackles, defensive linemen (including edge rushers), receivers, cornerbacks, off-ball linebackers, running backs, interior offensive linemen, safeties, tight ends, kickers and punters."

Huddle Report lists Reuben Foster and Malik McDowell as first round talents but McDowell’s positional value gives him the edge.

Scouting Report QB Sam Darnold  —  USC Junior Hometown:  Capistrano Beach, CA Height: 6’4″ Weight: 225 lbs. Career Passing Stats  (Washington Post) Year Team G Cmp Att Comp % Yds Yd/A TDs Int Sacked Yds 2016 USC  13 246 366 67.2 3086 8.4 31 9 6 30 Career 13 246 366 67.2 3086 8.4 31 9 6 30 The pride and tradition of the football program at the University of Southern California is unmatched. The prestige and history is one of the most legendary in the country, but since the glory days of now Seattle Seahawks head coach Pete Carroll, it has been a program that has been on somewhat of a downswing. Getting off to a 1-2 start last season, it seemed as if the Trojans were headed for another down season, but a glimmer of hope appeared when they inserted QB Sam Darnold into the stating lineup. Some players have a magnetic effect and make it seem like there is always a chance that their team can win a game, no matter the score, situation or circumstan

How Xavier Rhodes Became a Star

The 2013 NFL Draft was a memorable one for Vikings fans. Slotted to have two first-round selections, many fans were anticipating the first night. It was the first time the franchise was scheduled to have two first-rounders since the debacle that was the 2005 draft. Selecting receiver Troy Williamson and defensive end Erasmus James, it was one of the worst draft classes in franchise history. With another chance to redeem themselves, the future looked bright. Possessing picks No. 23 and 25 to begin the night, general manager Rick Spielman was guaranteed to get two high end talents in the latter half of the first-round.  Sharrif Floyd headlined the class due to a historical draft slide. Seen as a top-five talent pre-draft, Floyd fell to the Vikings at No. 23. The pick that drew the most controversy was their final selection of the night, receiver Cordarrelle Patterson. Trading four picks with the New England Patriots in order to move back into the first-round, Spielman made a